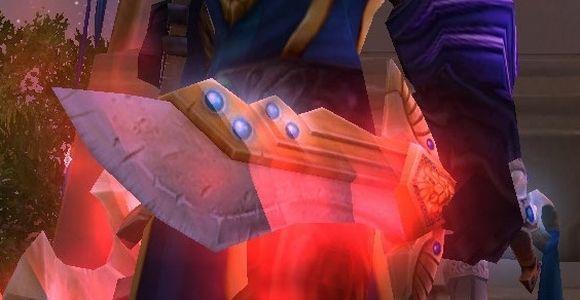 Another requested item this week, and I believe it's our first from the Trial of the Crusader raids.

How to Get It: This baby drops from the new raid -- Lord Jaraxxus is an Eredar who's accidentally summoned into the middle of the big Argent Tournament testing grounds (just like those Gnome Warlocks, screwing up the Rituals of Summoning), and you've got to take him down to prove your worth to assault Icecrown with the rest of the forces. Finish off Jaraxxy (as we like to call him) on the 10-man version, and then win the roll on this one against any other dagger stabbers you happen to have in your raid, and the item is yours.

And yes, while it is a nice dagger, it's not particularly top of the line -- if you poke around in the 25-man raids and Ulduar, you can probably find something a little nicer. But given that it's only the 10-man version of ToC, and given that most of the bosses in there (at least outside of their hard modes) are pushovers for almost any guild that's at least seen Ulduar, this dagger's probably a little easier to get. Good luck.

Getting Rid of It: Sells for a whopping 23g 35s 13c and still only disenchants into an Abyss Crystal.
In this article: dirk-of-the-night-watch, eredar, fat-lewt, fat-loot, lord-jaraxxus, phat-loot-phriday, raiding, World-of-warcraft-items, world-of-warcraft-loot, wow-item, wow-items, wow-loot
All products recommended by Engadget are selected by our editorial team, independent of our parent company. Some of our stories include affiliate links. If you buy something through one of these links, we may earn an affiliate commission.
Share
Tweet
Share