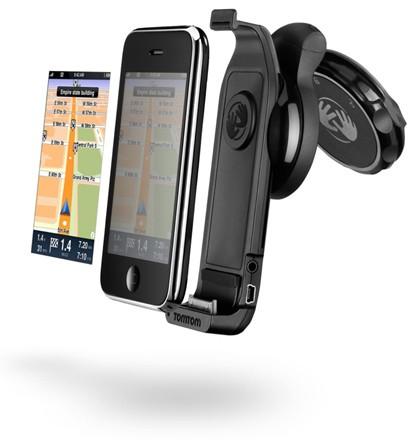 Oh, brother. TomTom just hit us up with the real details on its iPhone car kit slip this morning, and we've got a feeling you won't like what it has to say. It confessed that the posting was indeed a mistake, and thus, the pricing was also incorrect. If you'll recall (c'mon, it wasn't that long ago), the Apple store listing explained that the £99.99 car kit included the iPhone app, when in reality, that price definitely does not include the app. Jump on past the break for TomTom's official statement, which now curiously states that the "iPhone 2G" will be compatible with the car kit, yet doesn't mention the iPod touch at all.


TomTom unveils the price of the TomTom car kit for the iPhone London, 24 September 2009 – TomTom announces today that the TomTom car kit for the iPhone will have a recommended retail price of £99.99 The TomTom car kit will be available this October and will be sold separately from the TomTom app. It will be compatible with the iPhone 2G, 3G and 3GS. All further details on the car kit will be made available soon.
In this article: 3g, 3gs, app, app store, AppStore, car kit, CarKit, global, iphone, iphone 3g, iphone 3gs, iphone gps, iphone navigation, iphone os 3.0, Iphone3g, Iphone3gs, IphoneGps, IphoneNavigation, IphoneOs3.0, nav, navi, navigation, TomTom, uk
All products recommended by Engadget are selected by our editorial team, independent of our parent company. Some of our stories include affiliate links. If you buy something through one of these links, we may earn an affiliate commission.
Share
Tweet
Share