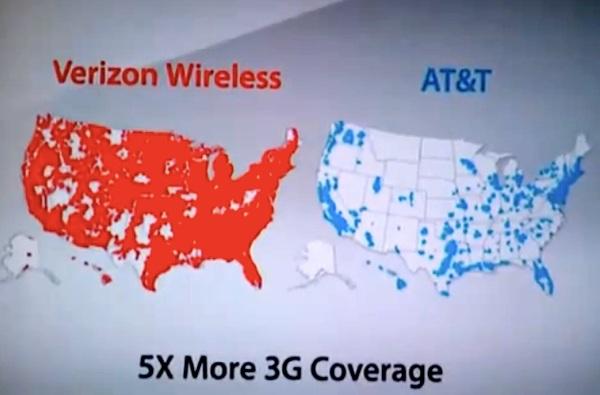 Ouch. If you've been waiting for another flare up in the old carrier wars, here you have it. Turning Apple's "there's an app for that" slogan on its ear, Verizon has introduced a campaign touting its network coverage. The ads -- which highlight the company's new tongue-in-cheek "there's a map for that" catchphrase against tuneful, chirpy music -- also boast that Verizon's 3G blanket is a whopping five times the size of AT&T's. Does this do anything to dispel the idea that Verizon and Apple may be getting together for that phantom tablet? Who knows, but it's fun to watch the fireworks. Check out the full commercial after the break.

[Via All Things Digital]

In this article: ad, ad campaign, AdCampaign, apple, ATT, campaign, network, verizon, verizon wireless, VerizonWireless
All products recommended by Engadget are selected by our editorial team, independent of our parent company. Some of our stories include affiliate links. If you buy something through one of these links, we may earn an affiliate commission.
Share
Tweet
Share