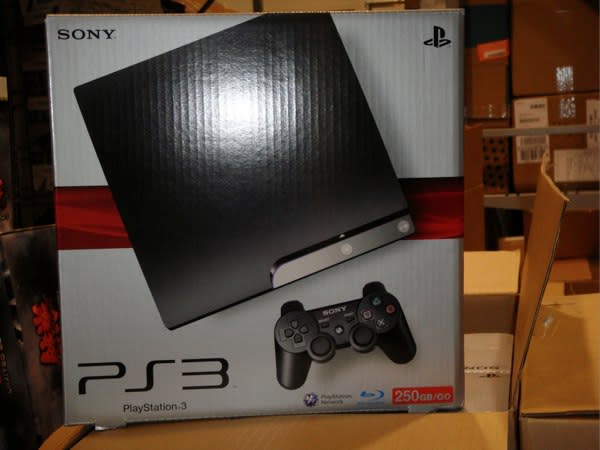 It's not quite as delicious when Sony (in a rare move) has actually confirmed its console for a release to market, but just because we know the 250GB PS3 is landing in the US on November 3rd doesn't mean we can't derive any enjoyment at all by the fact that it's been spotted at a Best Buy in Houston, all primed for the shelves. Since the shipment's obviously already been made, we suppose we'll be seeing a few instances of early stocking of the console over the next couple of days, unless Best Buy has considerably cleaned up its act when it comes to launch dates -- doubtful!

[Thanks, anonymous ]
In this article: 250gb, 250gb ps3 slim, 250gbPs3Slim, best buy, BestBuy, in the wild, InTheWild, leak, ps3, ps3 slim, Ps3Slim, sony
All products recommended by Engadget are selected by our editorial team, independent of our parent company. Some of our stories include affiliate links. If you buy something through one of these links, we may earn an affiliate commission.
Share
Tweet
Share