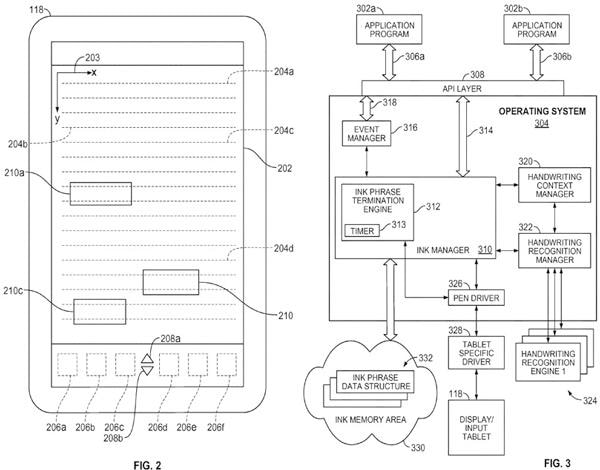 Uh, um, ok... remember how Steve Jobs called the finger, the "best pointing device in the world" while chiding the stylus? Well, guess he wasn't lumping handwriting capabilities in with his lambasting if there's anything to this patent application for recognizing and processing "ink information" from a pen-based computer system that went public today (filed in July 2009). Naturally, the patent app makes liberal mention of tablets as the most recognizable pen-based computing systems; something that will certainly fuel speculation about the much rumored (it is still a rumor right?) Apple tablet possibly sporting a, gulp, stylus. Now go ahead and check the video after the break and listen to Steve Jobs describe the insanely great "pointing device we're all born with" (1:54) in addition to how Apple "invented a new technology called multi-touch" (2:03) with the patents to prove it (2:27 and 6:19). Oh MacWorld 2007, isn't there anything you can't do?
In this article: apple, application, finger, handwriting, handwriting recognition, HandwritingRecognition, ink, multi-touch, multitouch, patent, patent application, PatentApplication, pen, stlyus, tablet, video
All products recommended by Engadget are selected by our editorial team, independent of our parent company. Some of our stories include affiliate links. If you buy something through one of these links, we may earn an affiliate commission.
Share
Tweet
Share