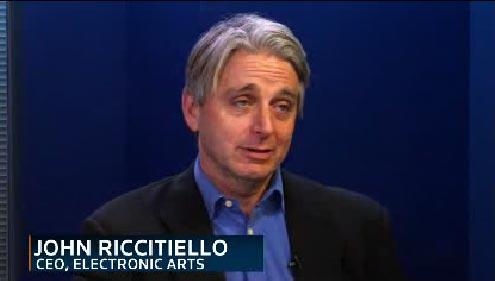 Need more evidence that physical media is inching towards the door? Enter this Reuters conversation with Electronic Arts CEO John Riccitiello. While the company -- the largest publisher of "interactive entertainment" (AKA video games) -- is hurting on sales during the awesome global recession currently underway, he thinks the future is digital. All digital. Riccitiello had this to say on the matter:

"When people think of games, they traditionally think, in the U.S., of what sells on the Xbox, the PlayStation, and the Wii, and they forget about all these online services that are out there... if you add all that stuff up, it's almost half the industry now. It's about 40 to 45 percent. Next year it's likely to be the larger share of the total industry and it'll be bigger than the console games all put together."

He went on to say that if EA's digital arm was a standalone company, "it would be like the darling of Wall Street." Of course, he's not just talking about XBLA and the App Store -- this is an all-encompassing view of the digital market, including casual gaming, Facebook apps, and WoW transactions as well. It may not be the kind of all-encompassing push needed, but we are hoping this sort of noise rattles the industry enough to mobilize smarter, more centralized methods of online distribution.
In this article: digital game sales, DigitalGameSales, ea, electronic arts, ElectronicArts, games, gaming, John Riccitiello, JohnRiccitiello, online game sales, online games, online gaming, OnlineGames, OnlineGameSales, OnlineGaming, recession, sales
All products recommended by Engadget are selected by our editorial team, independent of our parent company. Some of our stories include affiliate links. If you buy something through one of these links, we may earn an affiliate commission.
Share
Tweet
Share