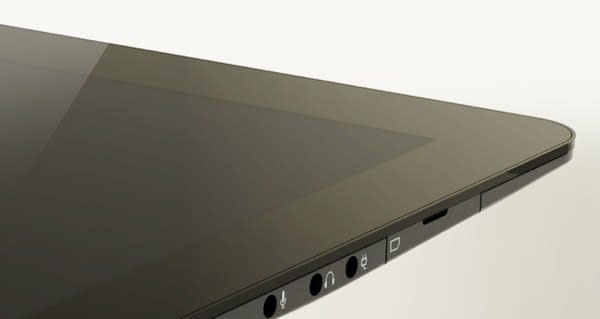 Last weekend, Nilay Patel did a great overview of the murky legal issues surrounding the mysterious CrunchPad -- now coming to market direct from developer Fusion Garage as the $499 Joojoo. While I won't get into the swirling controversy, I think there's a few important lessons to be learned from this great gadget debacle.

First, smart vendors under-promise and over-deliver. The hype and buzz around the CrunchPad were off the charts from day one. Everything from the delivery schedule to the initial price points were unrealistic, made moreso by continued promises to publicly show the prototype and targeted price points that kept rising with each announcement. Keep it low-key and simple -- then surprise and delight your customers with early ship dates and lower than expected prices. Too much promise with no delivery is the classic recipe for having a product get tagged vaporware. Always good to remember, "Whom gods destroy, they first make humble."

Second lesson: delivering consumer electronics products to market is hard. Sure, folks like Chris Anderson talk about how atoms are the new bits, but it's not that simple. While a plethora of ODMs are out there waiting to build devices for clients, simply having an idea for some gadget and hoping to farm it out to a manufacturer in Asia is a lot more complicated than it seems. Can it be done? Sure -- just ask Peek CEO Amol Sarva. But to make it work, you have to know something about the CE business, costs of materials and goods, and a real knowledge of the retail channel. Some of the claims about large CE retailers willing to carry the CrunchPad for "zero margin" or that one could include a 12-inch capacitive screens for a device that would cost $199 simply made no sense to anyone who understands the industry, and while the Joojoo needs to sell for $499 just to recoup the cost of materials, it's unlikely to find many buyers at that price point.

Third lesson: there's a fine line between products that can truly stand alone and products that should be subsumed into fuller-featured devices or services. No matter the legal issues or the hype, the CrunchPad / Joojoo concept itself is a bad idea. A device that does nothing but run a web browser with no specific or tailored services offerings behind it is a bad idea. Even Google Chrome OS offers more than that. Did no one stop to think that any generic netbook could offer the same

experience as well as a superset of functionality for less cost? Browsing is one of the things netbooks are best at doing -- and I can run my browser of choice.

Fourth lesson: gadgets designed for the needs of a niche audience are rarely successful. Even if you think the concept of a tablet device that can only run a web browser is a good idea, you might want to check if there's really a mass market for such a device. Niche devices have never achieved great market success, and I think it's just a matter of time before JooJoo gets positioned as a vertical market solution. Vertical markets are where mass market products that failed go to die.

I could go on, but there's no need. Personally, I'd have liked to have seen the CrunchPad be a success as it was originally conceived -- as something to meet a specific need with a breakthrough price point. There's hardly any chance of success here at $499.

Robert Browning once said " A man's reach should exceed his grasp, or what's a Heaven for?" Perhaps that's the most important lesson of the CrunchPad / Joojoo saga. Call me a gadget romantic, but I like the idea of someone with no background in consumer electronics coming out of nowhere with the "next big thing." Sadly, the CrunchPad didn't look like that from day one, and the Joojoo looks even less likely to succeed now. Even though I said the CrunchPad would never come to market the way it was originally promised, I admire effort even in the face of the harsh reality that the Joojoo is likely to face in the market. Unless there's some pretty strong pre-order action, I'm even skeptical that this product will ever even ship, at least in its current form and at its current price.

Michael Gartenberg is vice president of strategy and analysis at Interpret, LLC. His weblog can be found at gartenblog.net. Contact him at gartenberg AT gmail DOT com. Views expressed here are his own.
In this article: column, columns, crunchpad, entelligence, featured, features, joojoo, tablet
All products recommended by Engadget are selected by our editorial team, independent of our parent company. Some of our stories include affiliate links. If you buy something through one of these links, we may earn an affiliate commission.
Share
Tweet
Share