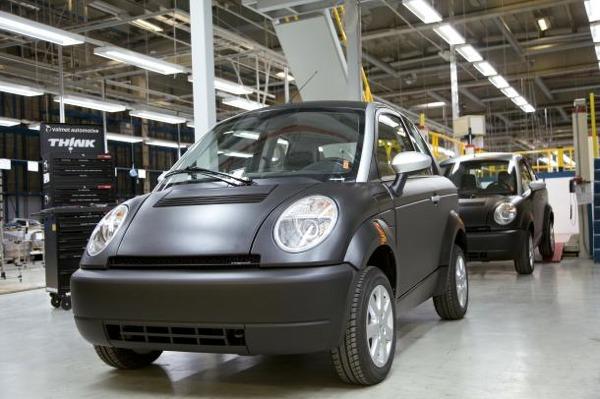 Norway's Think Electric may have managed to attract some backing from GE in early 2008, but it looks to have quickly ran out of cash after that, and was forced to completely shut down its operations about a year ago. Well, kids, dreams do come true -- or production lines can be started again, at least -- and after securing some funding earlier this year, the company has now announced that its two-seat Think City electric vehicle is now back on track for a release by the end of the year. That initial production run will apparently consist primarily of 2,300 cars that have already been pre-ordered in Europe, but Think Electric says it also plans to begin selling the car in the U.S. sometime next year, and license its electric power train to other automakers looking for a readymade option.
In this article: electric car, electric power train, electric vehicle, ElectricCar, ElectricPowerTrain, ElectricVehicle, norway, think, think city, think electric, ThinkCity, ThinkElectric
All products recommended by Engadget are selected by our editorial team, independent of our parent company. Some of our stories include affiliate links. If you buy something through one of these links, we may earn an affiliate commission.
Share
Tweet
Share