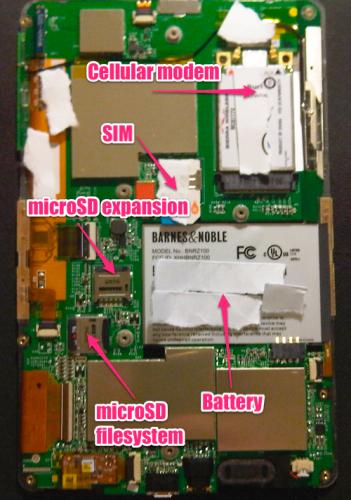 Barnes & Noble might be pitching the Nook to the literary set, but it turns out the Android-based dual-screen reader is pretty hacker-friendly as well: both the OS and filesystem are stored on a microSD card. That means the newly-formed crew at nookdevs has already managed to root what they describe as the "generic" Android 1.5 build that's hidden under the Nook's navigation UI, and they say the device can do "everything a rooted Android phone can do." That's certainly intriguing, especially since the Nook has a data-only AT&T 3G modem and WiFi to go along with that capacitive touchscreen and E Ink display -- can you say "potential"?

[Thanks, Andy]
In this article: android, android 1.5, Android1.5, barnes and noble, barnes and noble nook, barnes noble, BarnesAndNoble, BarnesAndNobleNook, BarnesNoble, hack, hacking, hacks, mod, nook, root
All products recommended by Engadget are selected by our editorial team, independent of our parent company. Some of our stories include affiliate links. If you buy something through one of these links, we may earn an affiliate commission.
Share
Tweet
Share