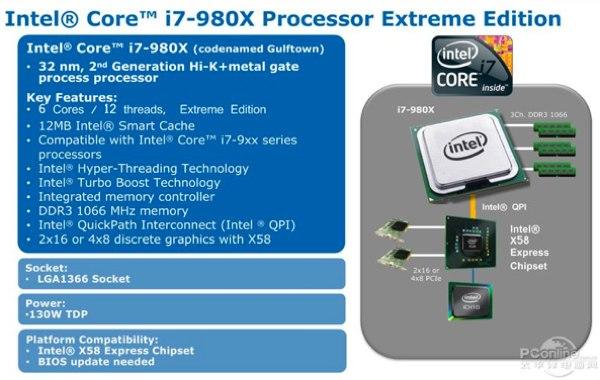 If you didn't make it to eBay in time to put down $1,200 or so for your very own pre-release Gulftown chip, cheer up! The countdown to the six core wonder continues apace, with more news each passing day. According to a purportedly leaked slide that popped up on China's PC Online, the 32nm chip will be known as the Core i7-980X and not the Core i9, as previously rumored. Part of the i7 "Extreme Edition" series (so extreme!). If everything goes as leaked, the 3.33GHz processor could be included in new Mac Pro systems come early 2010 -- which more or less jibes with rumors that the processor will be available sometime in March. See the new product name appear on the roadmap after the break.