Our buddy Tnkgrl just had a sit down with Google and HTC's lovedroid, the Nexus One. She "wasn't allowed" to take pictures or video but she came away with plenty of detail. The biggest point of clarification might not be what's included in the handset, but what's missing: multitouch. She confirms, "no multitouch support in the browser or in Google Maps," just like Verizon's Droid (but available on its European Milestone brother). The unit she tested included a 4GB microSD card, 1400mAh battery, worked on T-Mobile's 3G only (AT&T is limited to EDGE data), and was "super snappy! Faster than the Droid." She also noted "gold contacts" along the bottom edge presumably for a docking port thus jibing with whispers of a Nexus One Car Dock accessory. Now hit the read link for all the details if you still have the strength.

P.S. We should probably clarify that while the Google Apps tested don't respond to multitouch, the OS and hardware are presumably multitouch capable. See our previous exhaustive analysis of this topic if you're wondering why.
In this article: android, google, google phone, GooglePhone, multitouch, nexus one, NexusOne, passion, t-mobile
All products recommended by Engadget are selected by our editorial team, independent of our parent company. Some of our stories include affiliate links. If you buy something through one of these links, we may earn an affiliate commission.
Share
Tweet
Share 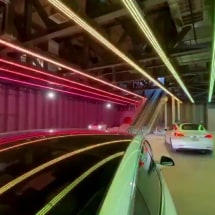