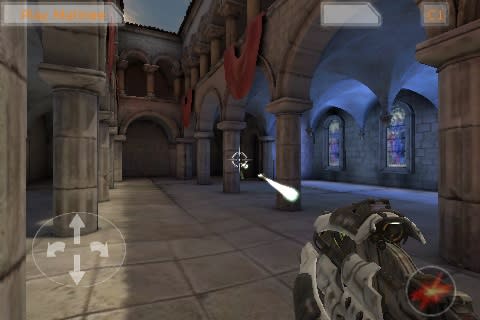 There's certainly plenty of good looking iPhone games available these days, but things could be about to get quite a bit more interesting, as Epic has now demonstrated its Unreal Engine 3 (the same one used for games like Gears of War 2) running on the iPhone 3GS and 3rd gen iPod touch to our friend Anand Shimpi of AnandTech. Unfortunately, it hasn't also announced any games or licensees that will be using the engine, but it seems like it has at least managed to get it running remarkably well on the hardware -- albeit in a somewhat limited demo, as you can see in the video after the break. What's more, Epic also reportedly said that it would be showing off the engine running on "another mobile platform entirely" at CES next month, but didn't drop any further hints besides that. Video after the break, and hit the read link for the full scoop.

In this article: 3rd gen ipod touch, 3rdGenIpodTouch, epic, game, games, gaming, iphone, iphone 3gs, iphone games, Iphone3gs, IphoneGames, ipod touch, ipod touch 3rd gen, IpodTouch, IpodTouch3rdGen, unreal, unreal engine, unreal engine 3, UnrealEngine, UnrealEngine3
All products recommended by Engadget are selected by our editorial team, independent of our parent company. Some of our stories include affiliate links. If you buy something through one of these links, we may earn an affiliate commission.
Share
Tweet
Share