DisplaySearch: consumers playing a 'wait and see' game with 3DTVs 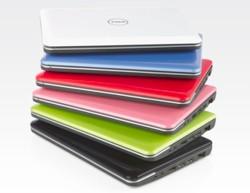 Netbook sales have been on a solid upward tick for about as long as the product category has existed, so it shouldn't come as much surprise that research firm DisplaySearch is now forecasting that shipments will exceed a hefty 33.3 million units by year's end, which translates to a full 103% jump in growth over the previous year. What is somewhat surprising, however, is that the firm is also predicting that growth will slow considerably in 2010 (down to "just" 20%) as more and more laptops with ultra-low voltage processors dip under the $500 mark. Of course, 20% growth still means that netbook shipments should be in the neighborhood of 40 million for 2010, and DisplaySearch even estimates that growth will hold steady at about 20% for 2011, so we wouldn't be so quick to put them on deathwatch just yet.

In this article: displaysearch, forecast, netbook, netbook sales, netbook shipments, netbooks, NetbookSales, NetbookShipments, prediction, ulv
All products recommended by Engadget are selected by our editorial team, independent of our parent company. Some of our stories include affiliate links. If you buy something through one of these links, we may earn an affiliate commission.
Share
Tweet
Share