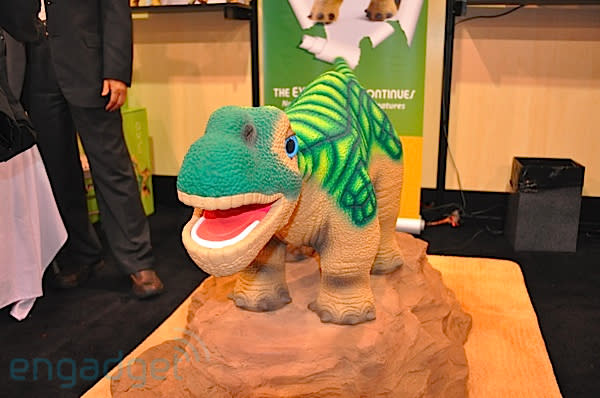 Pleo (and its new maker Jetta) isn't exactly out in force at CES 2010, but the company is here with some promises about a new and improved second generation Pleo and, perhaps more importantly, a giant version of the current Pleo. Unfortunately, it's not for sale, and Jetta apparently doesn't have any plans to change that in the future, so your Kota triceratops won't be getting a buddy anytime soon. Jetta also isn't offering anything much in the way of actual details about the next generation Pleo, but it is promising that it'll be more than just a simple revision. In the meantime, feel free to take a wild trip through the world of Pleo in the gallery below.

15
In this article: ces, ces 2010, Ces2010, dinosaur, hands-on, pleo, robot
All products recommended by Engadget are selected by our editorial team, independent of our parent company. Some of our stories include affiliate links. If you buy something through one of these links, we may earn an affiliate commission.
Share
Tweet
Share