Samsung's camcorders and one big dummy camera at CES

Samsung overhauls camcorder line, has something for everyone 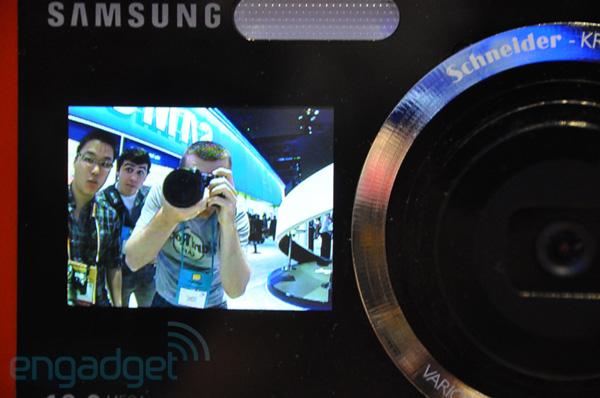 Right after seeing the ultra-slim TVs we went to the other end of Samsung's CES booth for its camcorder lineup. As expected, we saw the previously-announced S series SSD models, the F series with 52x optical zoom and the stylish C series, but we also spotted what appears to be a refresh of the HMX-U10 camcorder brick. Admittedly, we were more interested in this dummy gigantic TL225 camera, and it wasn't even new.