How could Popcorn Hour's A-100 be improved upon?

How would you change Popcorn Hour's A-100 HD media streamer? 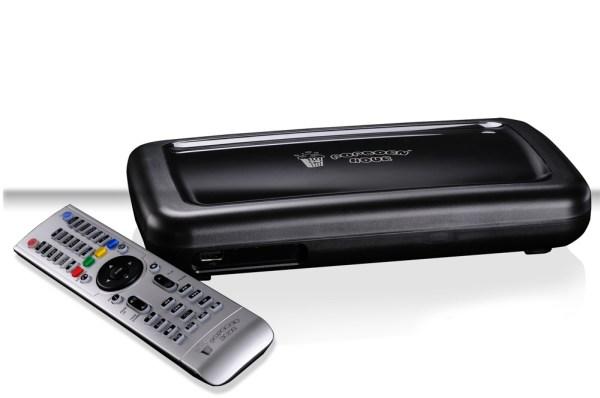 Not satisfied by the new retail-friendly Popbox that just debuted at CES? Popcorn Hour has announced it is introducing the A-200 Networked Media tank, internally as powerful as the bigger C-200 but with the A-110's profile and lacking a Blu-ray drive port. Priced at $179, or with optional WiFi dongle for $20 more, preorders are to begin January 18 at 10 a.m. PST, it still has a slot for an internally mounted SATA HDD, and reported support for "simple" Blu-ray menu browsing. As far as other features, they've listened by including NTFS write support and also confirmed a new Flash Lite menu announced for the C-200 will arrive on this box, but unfortunately Netflix support on the Popbox doesn't appear to have worked its way into the A-200. Check for even more specs and pics after the break, for those PCH fans once again choosing between flexibility and all-in-one ease.

In this article: a-100, a-110, a-200, c-200, media streamer, MediaStreamer, networked media tank, NetworkedMediaTank, PCWorld, popcorn hour, PopcornHour, preorderbonus, smp8643, streamer
All products recommended by Engadget are selected by our editorial team, independent of our parent company. Some of our stories include affiliate links. If you buy something through one of these links, we may earn an affiliate commission.
Share
Tweet
Share