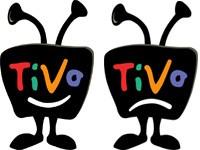 The DVR patent fight just got a little crazier, with Microsoft greasing itself up and jumping into the arena -- seemingly to preserve the honor of AT&T. You'll remember (maybe) that TiVo and AT&T have been having something of a fight over a few different patents primarily related to time shifting. Now Microsoft is suing TiVo, saying that it has stepped on two patents used in AT&T's U-Verse, which you'll recall relies on Microsoft's Mediaroom. Want to hear some of the legal verbiage in question? "A system that displays programmable information and a secure method for buying and delivering video programs." It's vague and all-encompassing, and that's just how we like our patent kerfuffles.

In this article: att, att u-verse, AttU-verse, lawsuit, mediaroom, microsoft, patent, patent infringement, PatentInfringement, tivo, u-verse
All products recommended by Engadget are selected by our editorial team, independent of our parent company. Some of our stories include affiliate links. If you buy something through one of these links, we may earn an affiliate commission.
Share
Tweet
Share