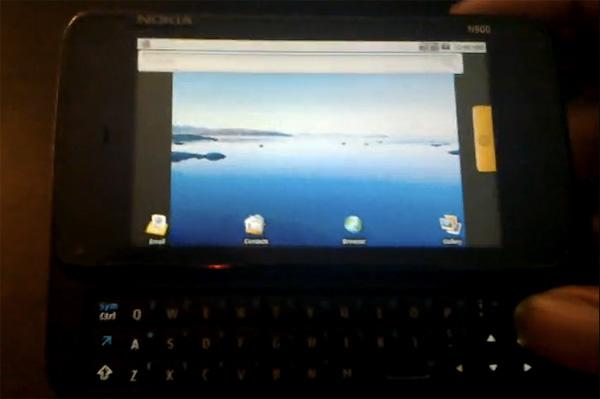 Maemo's already pretty open as open platforms go, but what's better than a single open platform on your open phone? Two open platforms, of course, creating a vortex of pure, unadulterated openness the likes of which the world has never seen. Hacking is par for the course with Nokia's N900, so it comes as no surprise to see that a motivated individual has managed to get his unit set up in a trick dual-boot configuration with Maemo on internal storage and Android on a separate partition loaded from the microSD card. He says it's "proof of concept" for the moment -- but to steal his words, "its [sic] real and it could be spectacular." We couldn't agree more, and as much as Nokia loves its own code, we can't help but think this precisely the sort of tinkering the N900 was made for. Check video of the magical boot after the break.

In this article: android, dual boot, DualBoot, hack, maemo, maemo 5, Maemo5, n900, nokia
All products recommended by Engadget are selected by our editorial team, independent of our parent company. Some of our stories include affiliate links. If you buy something through one of these links, we may earn an affiliate commission.
Share
Tweet
Share