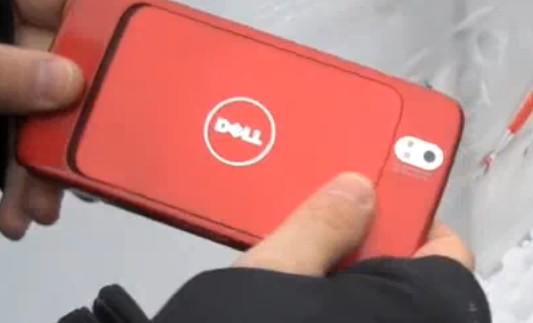 Hot on the heels of us thinking maybe the Dell Streak / Mini 5 was possibly due for a name change to the "M01M," a roving heckler from TechCrunch managed to catch the man himself, Michael Dell, on the street and get a quick demonstration of the thing -- which he with no uncertain terms referred to as the "Mini 5." He swiped through a number of home screens and quickly showed the five megapixel camera on the back, mentioned 3G wireless, and then tucked it away again. No price was given, but the biggest news is confirmation that it's coming out in "a couple of months," which is something of a surprise given the company was still calling it a concept just a few weeks ago. Video of this choice encounter is after the break.

In this article: 3g, 5 megapixel, 5Megapixel, android tablet, AndroidTablet, dell, dell mini 5, dell streak, DellMini5, DellStreak, m01M, michael dell, MichaelDell, mini 5, Mini5, streak, tablet
All products recommended by Engadget are selected by our editorial team, independent of our parent company. Some of our stories include affiliate links. If you buy something through one of these links, we may earn an affiliate commission.
Share
Tweet
Share