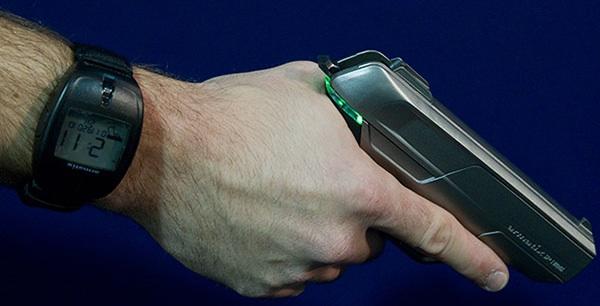 Armatix has apparently been working on its so-called "smartgun" concept for quite a while, but it's now finally shown up at the Shooting Hunting and Outdoor Trade Show (SHOT, naturally) with its first actual product: a .22-caliber pistol that relies on a wristwatch as a safety. As you can probably figure out, the gun will only unlock itself when its in close proximity to the watch, which sends a "wireless arming signal" that, of course, also activates some green LEDs for good measure. Previous incarnations of the company's concept also relied on a fingerprint ID as an additional safety, but that seems to have been left off this production model, which will run €7,000 (or $9,700) when it starts shipping next month.
In this article: armatix, firearm, gun, gun safety, GunSafety, pistol, shot, smart gun, smartgun, watch, weapon, wristwatch
All products recommended by Engadget are selected by our editorial team, independent of our parent company. Some of our stories include affiliate links. If you buy something through one of these links, we may earn an affiliate commission.
Share
Tweet
Share