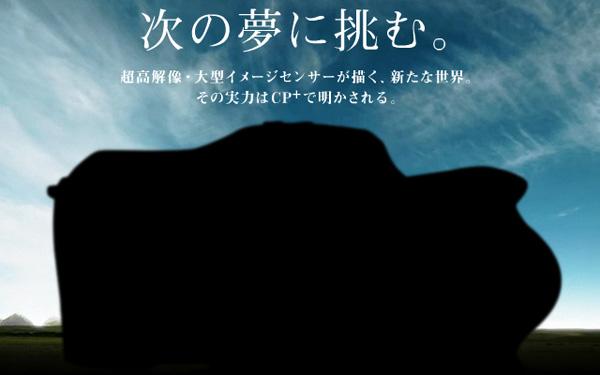 The on-again, off-again saga of Pentax's monstrous 30 megapixel 645 Digital might have a happy ending after all. The Japanese company has put together a little teaser site for a forthcoming shooter, and the silhouette above carries the unmistakable shape of a digital SLR, though conclusions about what particular camera it may be are still hard to reach. We can look at Canon's recent unveiling of the T2i as a sign that the prosumer DSLR segment is ripe for a refresh and prognosticate a new K-series shooter, but that would be nowhere near as exciting as getting a spectacularly chunky and expensive camera to add to our wishlists. To support 645D theorists, we can point you to Pentax's earlier assertion that the shooter is coming in 2010, which goes nicely with the new promises of "a large ultra-high resolution image sensor, a new world."

[Thanks, Kenneth]
In this article: 645, 645 digital, 645Digital, camera, digital camera, digital slr, DigitalCamera, DigitalSlr, dslr, pentax, pentax 645, pentax 645 digital, pentax 645d, pentax dslr, pentax k, Pentax645, Pentax645d, Pentax645Digital, PentaxDslr, PentaxK, teaser
All products recommended by Engadget are selected by our editorial team, independent of our parent company. Some of our stories include affiliate links. If you buy something through one of these links, we may earn an affiliate commission.
Share
Tweet
Share