Emblaze's First Else in danger of becoming a smoldering slab of vaporware? 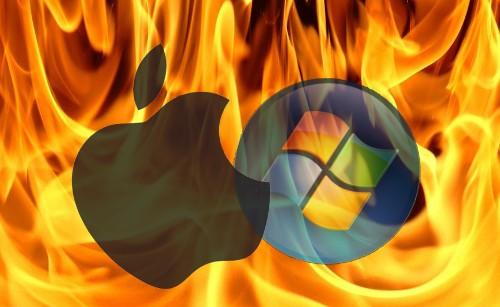 It looks like it's going to be one of those days. Emblaze, parent company of Else and creator of the First Else that we felt compelled to check the pulse of at CES, is going down the long, dangerous road of patent disputes, challenging both Microsoft and Apple with a lawsuit having something to do with streaming of media. Emblaze didn't say which patent was being infringed upon, but did say that Microsoft is doing the infringing in the tech behind its Silverlight Smooth Streaming, and that naughty boy Apple's HTTP Live Streaming is at fault. While we generally scoff at these sorts of things, this is the first such lawsuit we've seen from Emblaze, and investors at least think it has merit, boosting the company's shares by 13.5 percent. But what do investors know about patent disputes?

Update: Dan from StreamingMedia wrote in to let us know that the patent in question is the vague, 1999-vintage 6,389,473 called "Network Media Streaming." It covers "a method for real-time broadcasting from a transmitting computer to one or more client computers over a network." We'll go ahead and let you draw your own conclusions.

In this article: else, emblaze, first else, FirstElse, lawsuit, media streaming, MediaStreaming, patent, patent dispute, patent lawsuit, PatentDispute, PatentLawsuit, streaming
All products recommended by Engadget are selected by our editorial team, independent of our parent company. Some of our stories include affiliate links. If you buy something through one of these links, we may earn an affiliate commission.
Share
Tweet
Share