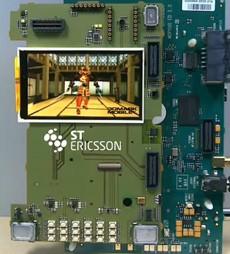 Can't get enough of hearing about implementations of ARM's Cortex-A9 MPCore processors? Good. ST-Ericsson's powerhouse U8500 system-on-chip has come a major step closer to appearing in mainstream devices with today's newly announced support for the Android operating system. Having optimized the OS to take advantage of Symmetric Multi Processing -- a method for extending battery life by sharing the load between the two processing cores and underclocking when necessary -- the partner company is now ready to start dropping these 1.2GHz dual-core beasts inside the next generation of smartphones. The claim is that you'll get all that additional power while sacrificing nothing, as devices based on the U8500 would maintain "the cost and power consumption characteristics of a traditional feature phone." We're promised built-in HDMI-out support, 1080p video recording, and 120 hours of audio playback or 12 hours of Full HD video off a 1,000mAh battery -- pledges we'd very much like to see fulfilled.