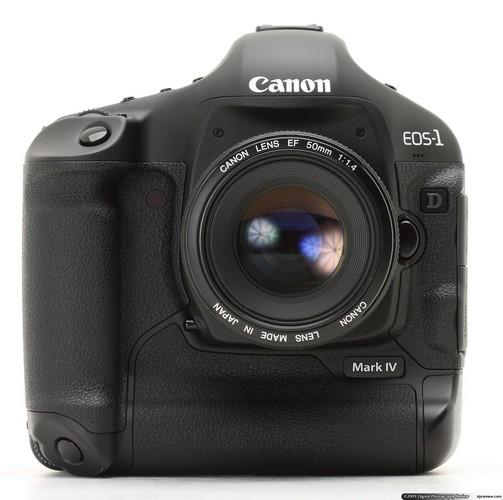 Canon's EOS-1D Mark IV has been slinking around at retail availability for some time now, and while we brought you plenty of sample imagery from the camera over a month ago, it's taken awhile for the thing to get the full review treatment. Digital Photography Review has finally done the deed, dedicating a whopping 33 pages to Canon's low-light, 1080p wunderkind. It's that last new feature, video, that the review finds fault in, with the same jellyvision we've seen on other HD-shootin' DSLRs (seemingly no worse here than elsewhere), but the review feels that the movie mode here doesn't feel sufficiently integrated with the camera. Meanwhile that low-light, high-ISO shooting performance is impressive, but not quite up to the performance of the Nikon D3S. Everything else, though, seems to be a nice evolution over the older Mark III -- if you have a similarly advanced budget.
In this article: 1080p, 1080p24, 16 megapixel, 16Megapixel, 1d, 1d mark iv, 1d mk iv, 1dmarkiv, 1dMkIv, canon, canon eos-1d Mark IV, CanonEos-1dMarkIv, dslr, eos, eos-1d, eos-1d mark IV, Eos-1dMarkIv, jellyvision, mark iv, MarkIv, review, reviewed
All products recommended by Engadget are selected by our editorial team, independent of our parent company. Some of our stories include affiliate links. If you buy something through one of these links, we may earn an affiliate commission.
Share
Tweet
Share