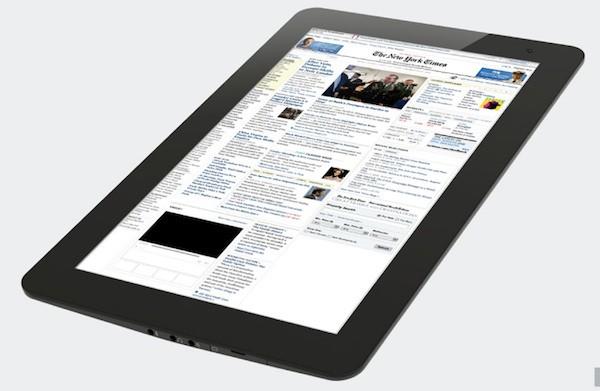 Call us optimistic, but we pictured February 25th rolling around with us laying on a couch and watching some Olympic ice dancing clips on the JooJoo's 12-inch screen. Ah, but here we are about to cross off the last few days of the month and the only thing we've got in our hands are some tissues and hot cocoa. Promising to ship units to those who pre-ordered in December within 8-10 weeks, Fusion Garage CEO Chandra Rathakrishnan told us just a month ago that it was on track to ship before the end of February. However, when we called them up to see what the deal was we were told they'd have a shipping update for us by the first week in March. Additionally, when asked if there were delays with production or shipping the first units to customers we got the never fun "no comment." We're going to go ahead and assume there's been some sort of delay -- perhaps JooJoo primary investor CSL has been too busy updating the BlueBerrry KIRF line with an optical pad to write out the check for the manufacturing costs. Okay, that's unlikely, but we'd love to hear if any of those that pre-ordered have heard differently or anything at all.
In this article: chandra rathakrishnan, ChandraRathakrishnan, Delay, delays, fusion garage, Fusion Garage Joo Joo, FusionGarage, FusionGarageJooJoo, joo joo, JooJoo, Joojoo Tablet, JoojooTablet, tablet, tablets
All products recommended by Engadget are selected by our editorial team, independent of our parent company. Some of our stories include affiliate links. If you buy something through one of these links, we may earn an affiliate commission.
Share
Tweet
Share