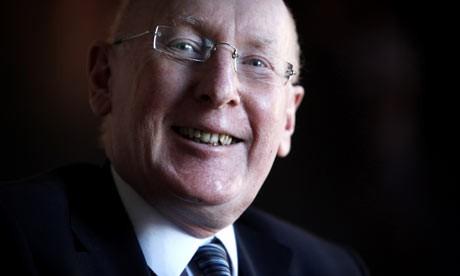 Clive Sinclair is a Knight Commander of the British Empire, the inventor of the slimline pocket calculator, the man behind the Sinclair ZX80 that made home computing affordable in the Queen's isles and also, by his own admittance, a dude who just can't be bothered to use a computer. Speaking to The Guardian, he glibly confesses that he has his emails read to him (by his manservant, presumably), before launching a broadside against modern computers for being "totally wasteful" with their memory, requiring time to boot up, and having altogether "appalling designs." Hit the source for the full interview and an expanded history of the man's achievements, it's well worth the read.
In this article: britain, british isles, BritishIsles, clive sinclair, CliveSinclair, inventor, old fashioned, old school, OldFashioned, OldSchool, sinclair, sinclair zx80, SinclairZx80, sir clive sinclair, SirCliveSinclair, uk, united kingdom, UnitedKingdom
All products recommended by Engadget are selected by our editorial team, independent of our parent company. Some of our stories include affiliate links. If you buy something through one of these links, we may earn an affiliate commission.
Share
Tweet
Share