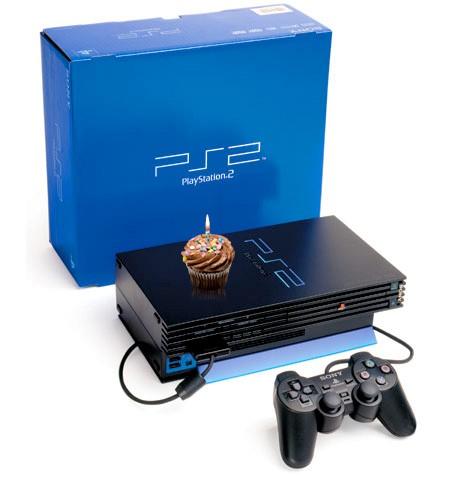 Dreamcast? GameCube? Xbox? They're cute and endearing to look back on now, because they really never stood a chance. Sony practically redefined what it meant to be dominant in a console generation with the PlayStation 2, which was launched on March 4, 2000 in Japan (the US got it that October), went on to sell over 140 million units, and is still going strong. It's strange to think that for what many people was their first DVD player turned out to be powerful enough to bring us the cinematic experiences of Shadow of the Colossus, God of War II and Final Fantasy XII, and enough of a kicker to make it into the latest round of Madden releases. Of course, its foray into online gaming took a second fiddle to Microsoft's Xbox, and many of Sony's high-minded, living room-invasion promises of the console (remember that FireWire port? The hard drive slot?) never really panned out. Still, we'd say it's been a pretty good 10 years for this thing. Feeling extra-nostalgic? Check out Sony's own timeline of PlayStation it pumped out for the 15 year anniversary of the brand last year. Brings a tear to our eye every time.

[Thanks to everyone who sent this in]
In this article: anniversary, birthday, console, playstation, playstation 2, Playstation2, sony
All products recommended by Engadget are selected by our editorial team, independent of our parent company. Some of our stories include affiliate links. If you buy something through one of these links, we may earn an affiliate commission.
Share
Tweet
Share