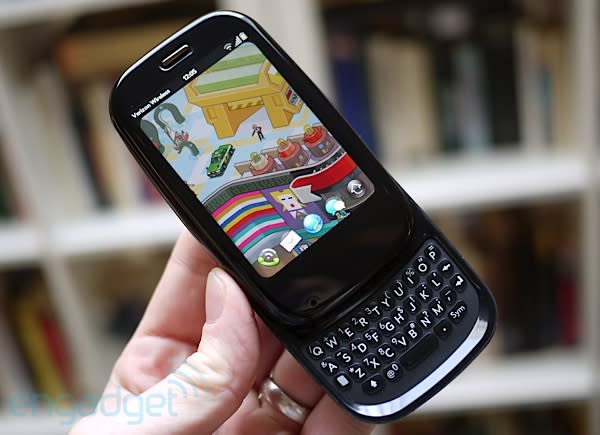 If you've been looking to get in on some of that red hot game development action that Palm's been all about lately, check it out: among the announcements at this year's GDC, Palm has announced the release of its public beta PDK for webOS. This bad boy promises to let devs "use C and C++ alongside the web technologies that power the SDK and mix them seamlessly within a single app," just the thing for porting game titles to the webOS platform. And it's available now! Hit the source link to get started -- and maybe someday we'll finally get to play Mr. Jelly on our Pixi. We can dream, right?

The PDK complements the Palm webOS Software Development Kit (SDK), letting developers use C and C++ alongside the web technologies that power the SDK and mix them seamlessly within a single app. The PDK enables new functionality, including immersive 3D graphics, and gives developers who have built games for other platforms an easy way to bring their titles to the webOS platform. Developers can download the beta PDK and start developing today, but distribution of games built with the beta PDK will require functionality provided in an upcoming Palm webOS update.

"Palm webOS is the go-to platform for great games on two of the three leading carrier networks," said Katie Mitic, senior vice president, Product Marketing, Palm, Inc. "We have both the developer tools and the hardware necessary for a world-class gaming experience, and an impressive portfolio of webOS game titles from top-notch developers to show for it."

At CES in January, Palm introduced 12 games built by four leading developers with early access to the PDK:

Since then, more than 20 exciting webOS titles have been launched by these early-access developers:

"The Palm webOS PDK is extremely powerful and far-reaching, as evidenced by the number of titles we've been able to bring to the webOS platform in a very short time," said Baudouin Corman, vice president of publishing, Americas, Gameloft. "It's quite difficult to make a great phone that's also an outstanding gaming platform; Palm has been successful delivering both."

Palm, Inc. creates intuitive and powerful mobile experiences that enable consumers and businesses to connect to their information in more useful and usable ways. The company's groundbreaking Palm® webOS™ platform, designed exclusively for mobile application, introduces true multitasking and Palm Synergy™, which brings your information from the many places it resides into a single, more comprehensive view of your life.

Palm products are sold through select Internet, retail, reseller and wireless operator channels, and at the Palm online store (www.palm.com/store).

More information about Palm, Inc. is available at www.palm.com.

Palm, Synergy, and webOS are trademarks of Palm, Inc. All other trademarks belong to their respective owners.
In this article: game, game developers conference, GameDevelopersConference, games, gdc, palm, pdk, plug-in development kit, Plug-inDevelopmentKit, pre, webos
All products recommended by Engadget are selected by our editorial team, independent of our parent company. Some of our stories include affiliate links. If you buy something through one of these links, we may earn an affiliate commission.
Share
Tweet
Share