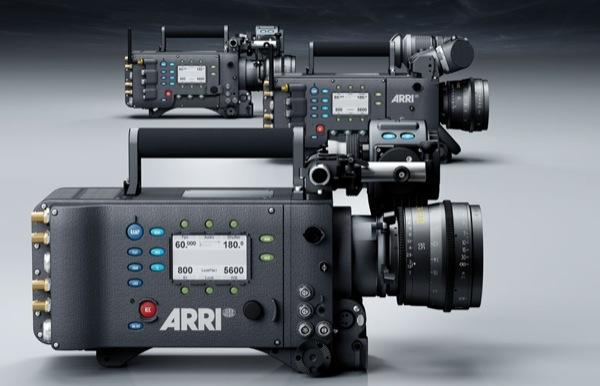 Got 50k to spend big daddy? Good, then meet Alexa from ARRI, a German company founded in 1917 that just happens to be the world's largest motion picture equipment manufacturer. Alexa is ARRI's answer to the RED ONE digital, so don't be held captive by your consumer-based experience of what a camera is or what it should look like. ARRI has a trio of cams slated for release in 2010 offering a 3.5k pixel count, 800+ El equivalent sensitivity, 1 to 60fps frame rate, electronic viewfinder and on-board HD recording. The A-EV Plus model adds uncompressed on-board recording and wireless remote control to the 16:9 aspect ratio shooting A-EV. The A-OV Plus switches things up to a 4:3 aspect and adds an optical viewfinder to the mix. The rest of the details will arrive during an April 6th launch event where ARRI will reveal the complete media, format, and what's promised to be a "super fast workflow."

Until then, check a side-by-side test done by the cats over at Animation World Network pitting a prototype Alexa against a RED One equipped with a new MysteriumX sensor and software. AWN was so enthusiastic by the results of the two cams that it proclaimed, "2010 is the year that celluloid died." Jim Jannard, RED CEO, graciously responded to the test by saying, "We had expected the images to be very similar and it appears that this test confirms that." He then added the following:

"We have believed, since IBC last year, that these two platforms would be the ones standing for the future. We are very proud to be in such good company. But for the moment, we tip our hats to Arri."

Now hit the source links for the full read because the future of film looks set to become historic.
In this article: A-EV, A-EV plus, A-evPlus, a-ov plus, A-ovPlus, alexa, arri, celluloid, film, jim jannard, JimJannard, mysterium, mysterium x, mysterium-x, MysteriumX, professional, red, red one, RedOne, video camera, VideoCamera
All products recommended by Engadget are selected by our editorial team, independent of our parent company. Some of our stories include affiliate links. If you buy something through one of these links, we may earn an affiliate commission.
Share
Tweet
Share