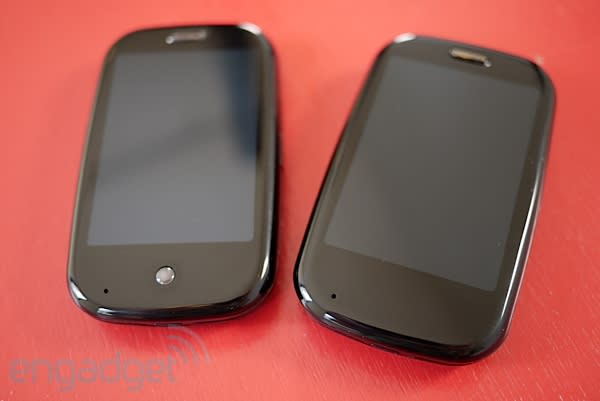 Palm might be able to use a bit of good news right about now, but it looks like it may not be able to count on that coming from AT&T. As AllThingsD's John Paczkowski reports, Canaccord Adams analyst Peter Misek is now saying that Palm's still as yet unconfirmed launch on AT&T has been pushed back from its rumored April debut to June or July. What's more, Misek says that the delay isn't one of the usual variety, with AT&T reportedly citing a "long list of technical issues with the Pre and Pixi," and even going so far as to decrease its initial order size and "sharply reduce" its marketing budget for the launch. Of course, we are still taking about a rumored delay to an unconfirmed launch, but we should be hearing directly from Palm soon enough -- it's scheduled to report its third-quarter earnings after Thursday's closing bell.
In this article: att, Canaccord Adams, CanaccordAdams, delay, palm, palm pixi, palm pixi plus, palm pre, palm pre plus, PalmPixi, PalmPixiPlus, PalmPre, PalmPrePlus, Peter Misek, PeterMisek, pixi, pixi plus, PixiPlus, pre, pre plus, PrePlus
All products recommended by Engadget are selected by our editorial team, independent of our parent company. Some of our stories include affiliate links. If you buy something through one of these links, we may earn an affiliate commission.
Share
Tweet
Share