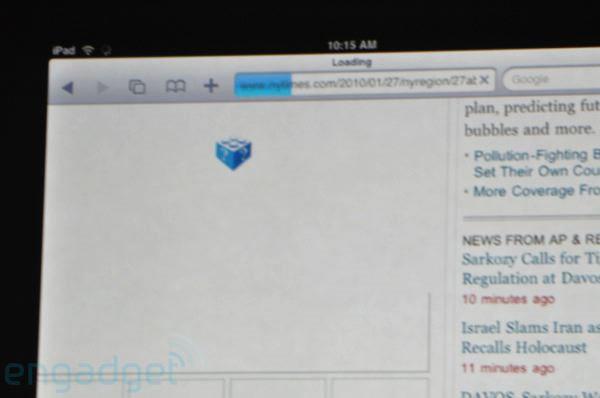 For awhile, we couldn't decide what we were more angry at: the fact that select devices wouldn't support Flash, or that Flash was simply too demanding on select devices. We still can't say with any degree of certainty which side of the fence we're on, but there's no question that Apple's refusal to play nice with Adobe on the iPhone, iPod touch and forthcoming iPad limits the abilities of those devices significantly. Curiously enough, it seems that Apple's importance in the mobile (and media delivery) realm is coercing select portals to develop Flash-free websites for those who drop by on an iDevice. Both the National Public Radio and the Wall Street Journal are furiously working on iPad-friendly websites, which will be devoid of Flash for at least the first few pages down. What's interesting is that we get the impression that this will soon become the rule rather than the exception, and it could be exactly what's needed to launch HTML5 into stardom and put these Flash or no Flash debates behind us.

In related news, we're also seeing that a couple of iPad accessories won't actually be ready to ship when the device itself cuts loose on April 3rd. Yesterday, the iPad Keyboard Dock was listed with a "May" ship date, though today it has moved up to a marginally more palatable "Late April." The iPad 10W USB Power Adapter also carries a "May" date, while the iPad Case is slated for "Mid April" and that elusive camera connection kit is still nowhere to be found. But hey, at least you'll get your (overpriced) iPad Dock Connector to VGA Adapter and iPad dock by the first weekend of next month, right?
In this article: accessory, adobe, apple, apple ipad, AppleIpad, delay, delayed, delays, flash, internet, ipad, ipad accessories, ipad keyboard dock, IpadAccessories, IpadKeyboardDock, keyboard, keyboard dock, KeyboardDock, NPR, peripheral, Power Adapter, PowerAdapter, slate, tablet, tablet pc, TabletPc, wall street journal, WallStreetJournal, web, website
All products recommended by Engadget are selected by our editorial team, independent of our parent company. Some of our stories include affiliate links. If you buy something through one of these links, we may earn an affiliate commission.
Share
Tweet
Share