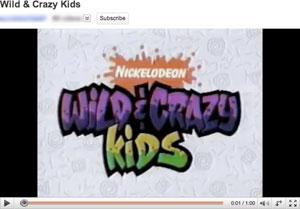 As you may have heard, Viacom and YouTube have been having a little tift lately, in the form of a major lawsuit by the former over copyrighted material posted on the video portal. It's a lawsuit that, according to YouTube, will cause such video sites to "cease to exist in the current form" -- but more importantly, it's a lawsuit that leads to some rather hilarious behind-the-scenes details. Here's a really juicy one that the official YT blog published today by Chief Counsel Zahavah Levine. Word has it that Viacom had hired over the years at least 18 different marketing firms to inconspicuously upload content. We can't really say it better than the posting:

"[Viacom] deliberately "roughed up" the videos to make them look stolen or leaked. It opened YouTube accounts using phony email addresses. It even sent employees to Kinko's to upload clips from computers that couldn't be traced to Viacom."

Wait, it gets better. According to Levine, Viacom's tactics were so good that the company itself didn't even know which videos it had uploaded, prompting multiple occasions where it would demand a clip removed, only to later ask for its reinstatement. "In fact," she claims, "some of the very clips that Viacom is suing us over were actually uploaded by Viacom itself." Hit up the source link for all the details. Honestly, we can't wait to see what else is dug up in these proceedings.

Update: Of course, that's not the whole story. Also revealed in court documents today was discussions by Viacom to -- get this -- purchase YouTube before News Corp.'s Rupert Murdoch got the chance to do it himself. Let's be thankful for that judge's decision to unseal all court documents, shall we?
In this article: covert, hypocrisy, law suit, LawSuit, legal, suit, viacom, you tube, YouTube
All products recommended by Engadget are selected by our editorial team, independent of our parent company. Some of our stories include affiliate links. If you buy something through one of these links, we may earn an affiliate commission.
Share
Tweet
Share