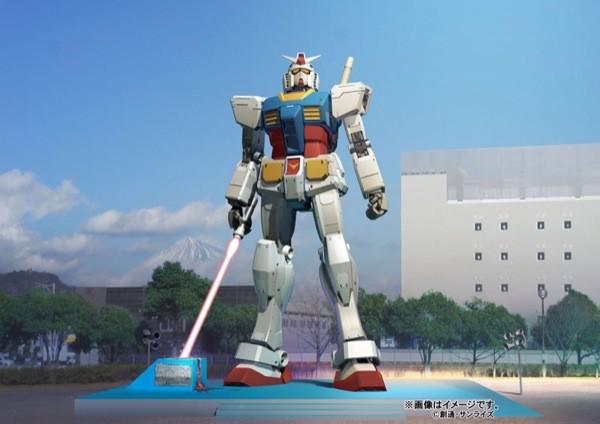 Want to make a giant Gundam monument more better? Give it a beam saber and erect it just 45 minutes outside of Tokyo by bullet train. The resurrected 18-meter (59-foot) tall RX-78-2 mech will replace the dismantled 30th anniversary statue built at Shiokaze Park, complete with smoke, dramatic lighting effects, and animatronic head. Look for it outside of the Shizuoka station in July assuming the latest LHC collisions don't delay things by inadvertently destroying the mecha in a cloud of Minovsky particles. One more mock-up after the break.

In this article: gundam, gundam rx-78-2, GundamRx-78-2, japan, mech, mecha, minovsky particle, MinovskyParticle, robot, RX-78-2, Shizuoka, tokyo
All products recommended by Engadget are selected by our editorial team, independent of our parent company. Some of our stories include affiliate links. If you buy something through one of these links, we may earn an affiliate commission.
Share
Tweet
Share