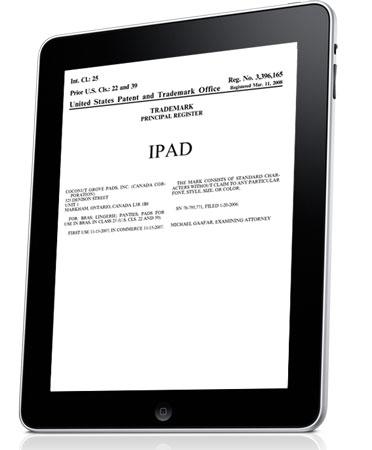 There's no indication as to what sort of wildness went on behind closed doors, but Apple is now the proud new owner of a slightly used "iPad" trademark. Fujitsu, who filed for ownership in March of 2003 to cover a Windows CE device for point-of-sale, doesn't seem to have put up much of a fight, and after a mere seven years of ownership (with a bit of a hazy period in 2009) has assigned the name to Apple. We don't know why, but we assume a nice pile of cash, or maybe some somehow legitimate legal threats as well, had something to do with it. This is all well and good, particularly for any iPad pre-orderers afraid they'd have to scratch off the iPad branding if Apple failed to score the name, but like we said in January when Fujitsu was still asserting its ownership of the mark: why can't Apple ever learn to have these conversations ahead of time?
In this article: apple, fujitsu, ipad, ipad trademark, IpadTrademark, tablet, trademark
All products recommended by Engadget are selected by our editorial team, independent of our parent company. Some of our stories include affiliate links. If you buy something through one of these links, we may earn an affiliate commission.
Share
Tweet
Share