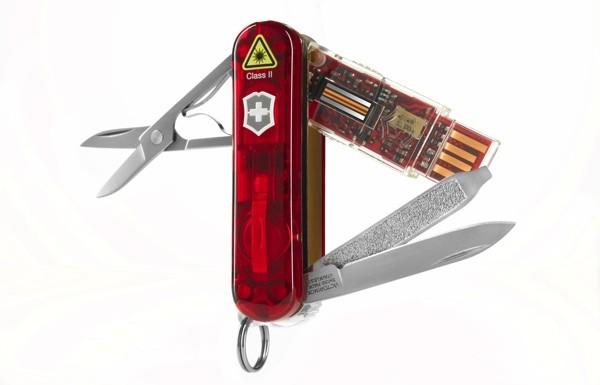 This isn't the first USB drive / Swiss army knife we've seen from Victorinox, but the company's new Secure Pro drive is the first that is supposedly "un-hackable." To put that claim to the test, Victorinox actually offered a £100,000 prize to a team of "professional hackers" if they could crack the drive during the company's launch event -- they were unable to do so. That un-hackableness apparently comes primarily from the drive's combination of AES256 technology and fingerprint security, which is paired with (get this) a self-destruct mechanism that irrevocably burns the CPU and memory chip if there's any attempt to force the drive open. All that and a pair of scissors -- how can you go wrong? No word on a release over here just yet, but the drive is now available in the UK in capacities from 8GB to 32GB for between £50 and £180 (or about $75 to $270).