Joojoo lawsuit shocker! Court rules Fusion Garage and TechCrunch were business partners, tosses most everything else 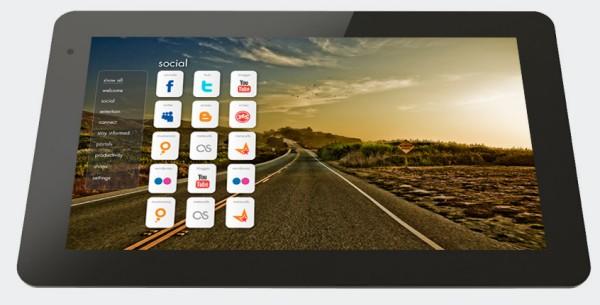 Monday, March 29 was supposed to be a happy day for Fusion Garage -- that's when the first JooJoo tablet pre-orders were scheduled to greet customers. Unfortunately, it's looking like Tuesday, March 30 will instead go down as yet another day full of unresolved questions for the fledgling company: not only did the 29th come and go without a peep, a new document from the TechCrunch lawsuit sent to Gizmodo suggests that only 90 total pre-orders were made as of February 11, and that 15 of those orders were canceled. Uh-oh. Now, Fusion Garage tells us that JooJoo units are actually in Los Angeles, where they've just been released from a paperwork-related customs delay, and that the "absolute worst case" is that they'll arrive to customers via overnight shipping on April 2nd, although FG is hoping for the 1st. We're also told that the 90 preorder number is low and the court documents are inaccurate because the company's relationship with PayPal was terminated over those issues with the terms of sale -- but the JooJoo website still lists PayPal as the only payment option. Right. See what we meant about questions?

Oh, and just in case this whole saga wasn't sordid enough already, the "leaked document" making all these waves today is actually a statement by TechCrunch's lawyer made in support of a motion to enjoin Fusion Garage from selling the JooJoo, and it's been publicly available since February 22, when it was first filed -- you can check the whole thing in the PDF below. How or why it's being dredged up now is somewhat curious, if you're into that sort of conspiracy vibe, but we'd say the more interesting question is whether Fusion Garage actually gets the JooJoo to customers -- and whether or not it's good enough to erase the uniquely contentious circumstances of its birth.

Update: Fusion Garage just called us to clarify their earlier comments: while the relationship with PayPal is ending in favor of a more traditional payment processor, it's still in place -- so that 90 number certainly seems more meaningful, although it is still over a month old. As for the shipment delays, we were also given a screenshot of the DHL manifest showing the customs delay -- check it after the break.

In this article: crunchpad, customs, delay, fusion garage, Fusion Garage Joo Joo, fusion garage joojoo, FusionGarage, FusionGarageJoojoo, joojoo, joojoo tablet, JoojooTablet, shipping delay, ShippingDelay, techcrunch
All products recommended by Engadget are selected by our editorial team, independent of our parent company. Some of our stories include affiliate links. If you buy something through one of these links, we may earn an affiliate commission.
Share
Tweet
Share