HP to ship first Ultrabooks ahead of ASUS?

Intel's Atom D525 to offer 1.8GHz with no bump in consumption? 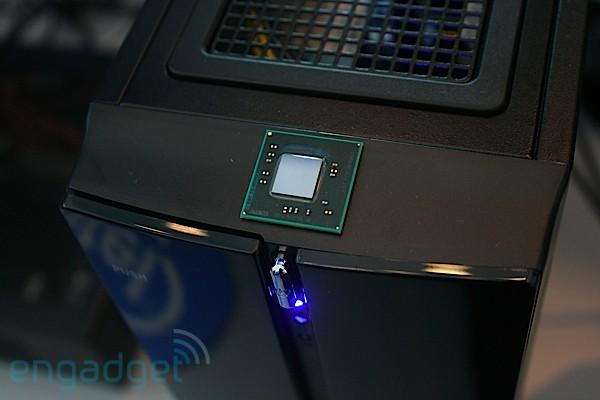 The solder has barely hardened attaching Intel's Atom D510 to a suite of nettops and the like, but already we're getting word of its successor, the supposed D525. Many have expressed disappointment that the D510 offers no better performance than its predecessor, but the new D525 should do better thanks to both a slight bump in speed (up to 1.8GHz) and compatibility with DDR3 memory. Despite that the new chip is said to have the same 13W TDP rating and, according to Fudzilla, will be shipping sometime in the second quarter -- so not too far off. Netbook Choice is also reporting the existence of the chip in a chart from Intel, but that chart pegs it at the same 'ol 1.6GHz. We're still inclined to think the 1.8GHz rating is correct, but we won't be placing any bets until Intel makes things official. We're just not the betting kind, really.
In this article: 1.8ghz, atom d425, atom d525, AtomD425, AtomD525, d425, d525, ddr3, intel, intel atom, IntelAtom, nettop, processor
All products recommended by Engadget are selected by our editorial team, independent of our parent company. Some of our stories include affiliate links. If you buy something through one of these links, we may earn an affiliate commission.
Share
Tweet
Share