Apps and games for Easter and Passover 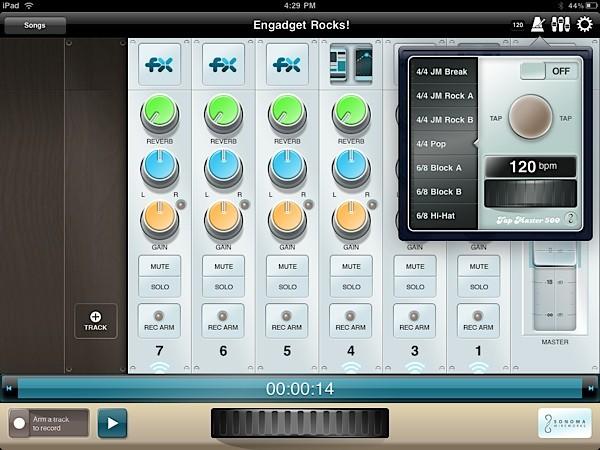 We love to create things: drawings, movies, photos, songs, and, on occasion, stunning literary imagery with the help of text styling. While Apple didn't necessarily blow us away with its offerings on this front for the iPad (no GarageBand, iPhoto, or iMovie, for instance), 3rd party developers are naturally happy to oblige. We were frankly surprised at some of the depth and functionality we discovered in the App Store, but while what we have here is a nice start, we're even more curious to see what sort of creativity these developers can coax out us with a few months of iPad experience under their belts and a better handle on the strengths and weaknesses of the system. For the time being follow us after the break as we run you through some of our existing favorites. Not enough apps for you? Check out some of our other roundups!

Brushes ($9.99) - The "premiere" painting application for the iPhone has made its way to the iPad. Unfortunately, while the controls are nicely laid out and perfectly intuitive (we particularly like the way Brushes handles layers), the lines just don't look right. We wondering if this could have to do with a lack of time with the actual iPad hardware, since they app almost seems badly synced with the screen, though we didn't have this problem in Sketchbook or Quill. We'll be watching for an update to see if this app can be restored to its former greatness. Export options include iPad photo library, Flickr, email, and email recorded actions. [See in iTunes]

Sketchbook Pro ($7.99) - At the moment this is our iPad winner for basic drawing and painting. Not only is it cheaper than Brushes, but lines just look better on it. Unfortunately the menus are slightly less intuitive than on Brushes, and you have to tap a little nub at the bottom center of the screen to pull them up at all -- we think there's plenty of room to keep them up at all times, particularly for as often as we need to undo. Export options include iPad photo library, flattened, and .psd. [See in iTunes]

Quill ($0.99, universal app) - While bitmap drawing gets most of the love, we've always had a soft place in our hearts for the indestructible vector. Quill is a vector drawing app, which means none of those fancy paintbrush or pencil stylings of the better known drawing apps, but also means great flexibility for moving and re-ordering lines. It lacks layers, but each line can be moved up and down individually, so if you draw a fill it's not difficult to send it to the bottom of the pile. You can't edit actual vector points, like in Adobe Illustrator, but for $0.99 (for now, at least) we're hardly complaining. Export options include PNG, PDF, and SVG over email. [See in iTunes]

C64 Paint ($2.99) - We love pixel art, and C64 Paint makes it fun. Unlike the fast-and-loose lines from most iPad drawing apps, C64 Paint is about drawing pixel by pixel, with a few add-ons to make the process not completely arduous. It's not for everybody, but we imagine ourselves burning quite a few hours trying to out-eBoy eBoy. Export options include iPad photo library and email. [See in iTunes]

ArtStudio ($0.99) - In the war of the drawing apps, ArtStudio is... another drawing app. It has some great line smoothing, a very nice brush for the pencil, and a quick, intuitive interface. Unfortunately, it's not overly polished, with some cringe-worthy UI text and icons, and it doesn't offer quite the "quality" of brushes that can be found in Brushes and Sketchbook Pro. It might be a steal at the current entry level price, but if you want room to grow you might want one of the heavier hitters. [See in iTunes]

Masque ($5.99) - If you've seen a demo of Apple's new "Brushes" tool for Aperture 3, you might have a good grasp on what Masque does. Even borrowing some of the visual language from Aperture, Masque live applies one of an assortment of filters like blur or saturation or black and white with a resizable finger-controlled brush. It works intuitively and looks great, but unfortunately the feature set is rather restrictive at the moment. You can only apply one filter to an image at a time, and you'd actually have to save a photo to your photo library and then re-import it into Masque to apply another. It's also a one trick pony: if you need to crop or make other tweaks to your image you'll need to rely on another image app. Export options include iPad photo library, email, and Facebook. [See in iTunes]

Photogene ($3.99) - It's sort of silly to talk about a "Photoshop replacement" for the iPhone or iPad -- at least so far -- but Photogene does a good deal more than many of its gimmicky photo tweaking brethren. It includes all the main tweaks you need to make to a photo before shipping it out, including extensive color adjustment and levels, cropping, and precise rotation. It also tosses in some "toys" like frames and speech bubbles, but they don't detract from the experience and might add a nice bit of flavor in a pinch. Export options include iPad photo library, Twitter, Facebook, email, and clipboard. [See in iTunes]

Looptastic HD ($9.99) - Ready to trance up the dance floor? Looptastic HD offers a super simple method of layering and mixing loops, with the ability to mix between to separate stacks, add live effects, and even record a performance. Unfortunately, there isn't a lot of flexibility or import / export ability, outside of a way to download more loops online (all free, but we're sure paid loops will be coming). Also unfortunate, for folks who have paid $14.99 for the Looptastic Producer app on the iPhone, or any of the other myriad Looptastic flavors, Looptastic HD is a separate purchase. [See in iTunes]

StudioTrack ($39.99) - When you talk "creativity," what you don't want is "creativity on rails," which is all too common with iPhone and iPad apps. Studiotrack completely shatters that, offering a real, honest-to-goodness multitrack recording setup. You can layer up to 8 tracks, and bounce them down to add even more, and there are even a few easily-applied effects. We were frankly impressed with how good looking, responsive, and intuitive the app is -- GarageBand could really learn a thing or two -- and we multitracked our first session in minutes. $39.99 sounds like a lot, but when it bests anything on you laptop for "jotting down" song ideas, it's probably worth taking note of. Export options include WiFiSync (to any web browser), Mixdown to .wav, and AudioPaste to certain other apps. [See in iTunes]

Korg iElectribe ($9.99) - If you're at all interested in the idea of creating music on the iPad, you really need to spend the 10 bucks on this app. It's a perfectly faithful replica of the famous Korg Electribe R analog drum machine, and that means it's just as awesome as an Electribe. Sure, there's no MIDI integration, so linking this up with your performance rig is out of the question, but if you're just want to play around with creating beats there's nothing better -- and you get to use a real keyboard and interface to name and manage presets, which knocks the hardware version out of the water. [See in iTunes]

Beatwave (Free) - Sure, you don't really need a "review" of a free app, just download it for yourself! Still, we thought you should know about this little gem. You build loops out of individual light-up notes, very similar to a Tenori-On. The twist here is you have four different layers to choose from, plus a small selection of sounds -- which can be augmented by in app purchases, with everything easy to access with the iPad's nice big screen. The sharing options are unfortunately limited to emailing a link to the app to friends so they can play back your sounds, but pay $1.99 for the "Record Audio" add-on and you can export as .wav, .mp4, or m4r (ringtone). [See in iTunes]
In this article: app roundup, apple, apple ipad, AppleIpad, AppRoundup, apps, artstudio, beatwave, brushes, c64 paint, C64Paint, creativity, ielectribe, ipad, ipad app roundup, IpadAppRoundup, korg, looptastic hd, LooptasticHd, masque, photogene, quill, review, sketchbook, sketchbook pro, SketchbookPro, studiotrack
All products recommended by Engadget are selected by our editorial team, independent of our parent company. Some of our stories include affiliate links. If you buy something through one of these links, we may earn an affiliate commission.
Share
Tweet
Share