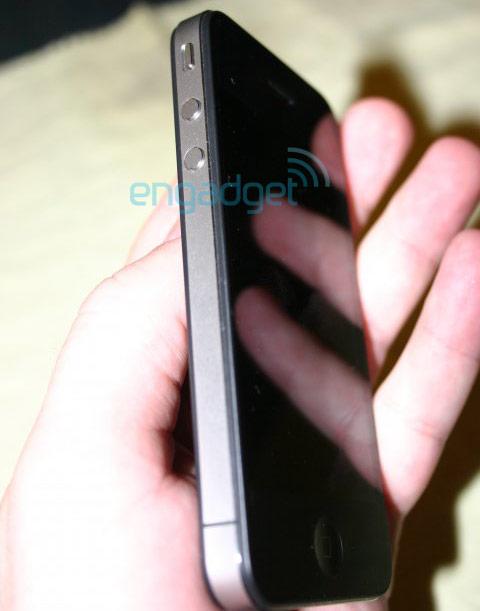 Is this the iPhone 4G (or iPhone HD)? There's no way to tell for sure, but these photos which made their way into our hands certainly do a convincing job of making us think that's very much the case. Apparently the phone was found on the floor of a San Jose bar inside of an iPhone 3G case. Right now we don't have a ton of info on the device in question, but we can tell you that it apparently has a front facing camera (!), 80GB of storage (weird, right?), and isn't booting at this point (though it was previously, and running an OS that was decidedly new). It's not clear if this is definitely a production model, or just a prototype that found its way into the world, but it's certainly a compelling design, no matter how you look at it.

There may be a chance to get some more face-time with the handset, but we wanted to get these photos to you guys ASAP. Stay tuned, we're working on more details as we type -- for now, enjoy the gallery below!

Update: As a number of observant commenters and tipsters pointed out, this looks almost exactly like a Twitpic posted by TUDream on February 20th, which we're throwing after the break if for whatever reason the source link goes down. It's low-res, shows an indiscriminate bit of the inside, and some mysterious button / possible SIM slot in the middle of the other side. The mic holes on this pic seems to be larger, too.

In this article: apple, Apple iPhone, apple iphone 4, apple iphone 4g, AppleIphone, AppleIphone4, AppleIphone4g, breaking news, BreakingNews, exclusive, iphone, iphone 4, iphone 4g, iphone hd, Iphone4, Iphone4g, IphoneHd, leak, leaked, rumor
All products recommended by Engadget are selected by our editorial team, independent of our parent company. Some of our stories include affiliate links. If you buy something through one of these links, we may earn an affiliate commission.
Share
Tweet
Share