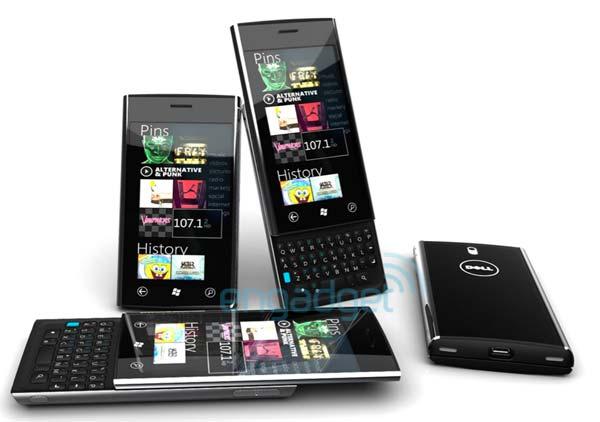 Hot damn, people. The mother of all Dell leaks just dropped into our laps, and the absolute highlight has to be the Lightning, a Windows Phone 7 portrait slider. That's right -- a portrait slider. The renders on these slides look slick as hell, but they're no match for the spec sheet, which looks even better: 1GHz QSD8250 Snapdragon processor, WVGA 4.1-inch OLED display, AT&T and T-Mobile 3G, five megapixel autofocus camera, 1GB of flash with 512MB RAM plus 8GB of storage on a MicroSD card (non-user-replaceable, we're assuming), GPS, accelerometer, compass, FM radio, and full Flash support including video playback. We'll see what happens with that -- the ship date is pegged at Q4, indicating this is a WP7 launch device, and Microsoft's told us Flash won't make it into the OS initially. Here's the real kicker, though -- other slides in the deck indicate this thing is getting an upgrade to LTE in Q4 of 2011. Are we stoked? Yes, you might say that. Check out all the slides in the gallery below, and check out the rest of this storm of leaks right here.

6
In this article: breaking news, BreakingNews, dell, dell mobile leak, DellMobileLeak, exclusive, leak, leaks, lightning, portrait, portrait slider, PortraitSlider, rumor, rumors, slider, windows phone, windows phone 7, windows phone 7 series, WindowsPhone, WindowsPhone7, WindowsPhone7Series
All products recommended by Engadget are selected by our editorial team, independent of our parent company. Some of our stories include affiliate links. If you buy something through one of these links, we may earn an affiliate commission.
Share
Tweet
Share