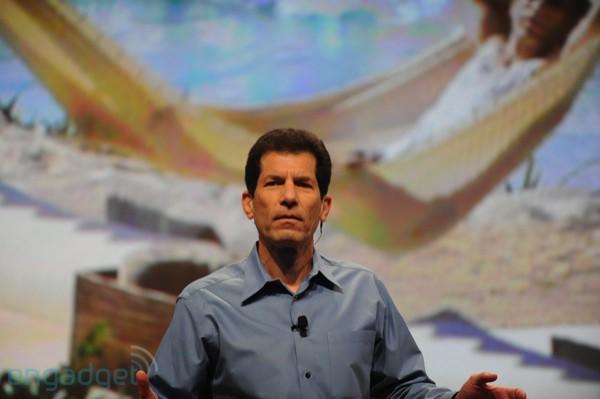 In the face of a near-constant stream of buyout rumors the past couple weeks, Palm boss Jon Rubinstein is holding the line he's held ever since he's taken the helm -- well most of the line, anyway. In a chat with Financial Times today, the CEO said that he still believes that "Palm can survive as an independent company" and that he's got a plan to get the company spitting black ink rather than red, but that "if someone comes to the board with a reasonable offer of course it's something [they'd] have to consider," which isn't anything materially different than he's said in the past -- it's just good business sense, and it's a very cautiously-worded soundbite.

Rubinstein did say a couple things of note, though. First, he mentioned that they're working "fast and furious on new handsets" with a "strong pipeline" of new goodies, which gives us great hope that we're finally going to see something that doesn't look like a Pre or a Pixi soon. He's also opening up to the idea of licensing webOS to third parties, confirming sentiment we'd heard a few days back; he's looking at it from a pretty objective business perspective, saying that "if there's an appropriate strategic relationship or business deal that makes sense to us then of course we would license webOS because obviously the more scale we get the more the benefit there is to us." That sounds good from our end, especially thinking back to the overwhelming awesomeness of the mighty Sony NZ90 back in the Palm OS days. Any way you look at it, though -- independent or acquired -- it sounds like Rubinstein has every intention of making more waves in 2010.
In this article: acquisition, breaking news, BreakingNews, jon rubinstein, JonRubinstein, license, licensing, palm, webos
All products recommended by Engadget are selected by our editorial team, independent of our parent company. Some of our stories include affiliate links. If you buy something through one of these links, we may earn an affiliate commission.
Share
Tweet
Share