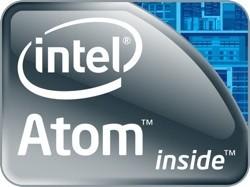 Details on this one are pretty light at the moment, but DigiTimes is reporting that Intel will be launching its Atom N500 series of dual-core processors this June. That word comes from the site's "sources from notebook players," who also say that Intel will be revealing more details on its third generation netbook platform at the same time. Unfortunately, that's about as specific as they're getting right now, but there are naturally some netbooks rumored to be launching alongside the new processors as well, with ASUS apparently already planning at least one N500-based netbook for the third quarter of this year that will sell for around $575. Of course, Intel itself isn't saying any more on the matter than it did during its recent earnings call, but the timing of the rumor does line up suspiciously well with this year's Computex (June 1-5), which would be as good a place as any for a big netbook-related launch

In this article: asus, atom, atom n500, atom n500 series, AtomN500, AtomN500Series, intel, n500, n500 series, N500Series, netbook, rumor
All products recommended by Engadget are selected by our editorial team, independent of our parent company. Some of our stories include affiliate links. If you buy something through one of these links, we may earn an affiliate commission.
Share
Tweet
Share