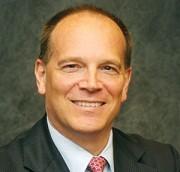 Microsoft and Apple don't agree on much but one point they do agree on is software is key to the success of any consumer electronic device -- the FCC has admitted that CableCARD hasn't succeed at its intended goals, and is looking to a new solution, but if the National Cable & Telecommunications Association (NCTA) has its way, AllVid will end up just like CableCARD. Kyle McSlarrow, the President and CEO of the NCTA, testified at a House Energy and Commerce subcommittee meeting yesterday on the subject and the one point that shows they aren't ready to give in yet is that he said "Consumers should also have the option to purchase video devices at retail that can access any multichannel provider's video services through an interface solution offered by that provider." No Kyle, that isn't enough. The key to innovation in the set-top box space is giving consumers a choice of hardware and software. No one would choose to buy a TiVo or Media Center if it meant you had to use the same crappy interface your cable company's DVR uses. We understand that the cable operators don't want to become dumb pipe providers, but the truth is that's what's best for consumers. This is why Congress passed the Telecommunications Act of 1996 and its why after 14 years the FCC desperately needs to bring the hammer down this time.

Update: We received some clarification from the NCTA. Apparently in point number two, the word interface does not mean user interface, but at the same time the NCTA does believe that certain user interface screens should be required to be provided by the operator. The only example given was the VOD buy screen, which isn't a big deal in of itself -- unless of course the user interface depends on tru2way, then you can forget it.

In this article: AllVid, CableCARD, FCC, hd, Kyle McSlarrow, KyleMcslarrow, NCTA
All products recommended by Engadget are selected by our editorial team, independent of our parent company. Some of our stories include affiliate links. If you buy something through one of these links, we may earn an affiliate commission.
Share
Tweet
Share