See that screen there? That's from the minty fresh beta 4 of iPhone OS 4.0, which was just released to developers moments ago. Unless our eyes are badly mistaken, that's an option to setup internet tethering on AT&T, something that WWAN warriors have been waiting for since... oh, forever. We're downloading the new build as we speak, and we'll let you know if we find anything out. Oh, and don't get your hopes up too high -- AT&T proclaimed that it was "still waiting on better network performance" before enabling iPhone tethering just three weeks ago.

Update: There's a video of the screens after the break, just in case your belief was temporarily suspended for any reason. Thanks, Jerish!

Update 2: Well, this is interesting -- we just updated an iPhone 3GS in Chicago, and we're not seeing the tethering option. We're guessing this is a glitch or just a mismatched carrier setting file, since so many others are seeing it, but we'll do some digging and see what's up.

Update 3: Okay, we've got it sorted -- all it took was a quick network settings reset. Thanks, Gray!

See more video at our hub!
In this article: apple, att, breaking news, BreakingNews, broadband, internet, iPhone OS, iPhone OS 4.0, iPhone OS 4.0 beta 4, IphoneOs, IphoneOs4.0, IphoneOs4.0Beta4, mobile, mobile broadband, mobile internet, MobileBroadband, MobileInternet, os, software, tether, tethering, video, wwan
All products recommended by Engadget are selected by our editorial team, independent of our parent company. Some of our stories include affiliate links. If you buy something through one of these links, we may earn an affiliate commission.
Share
Tweet
Share 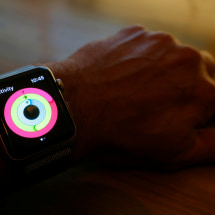