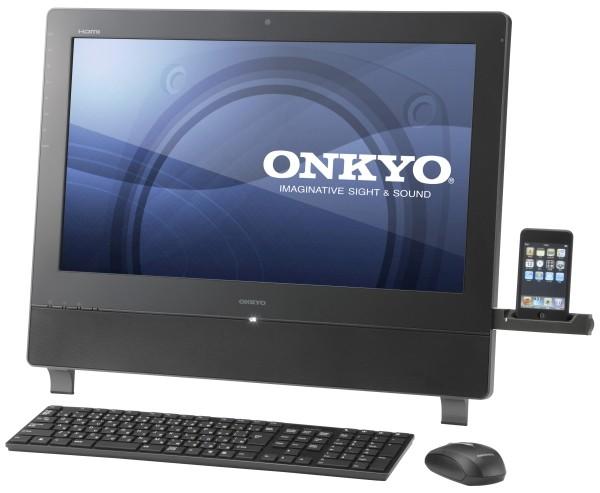 Okay, now this is just getting ridiculous. We know Onkyo has a long history of building iPod docks, but to see the company build an entire all-in-one PC around the feature is a little much, especially when -- once again -- the iPhone isn't invited to the party. No, when the E713 series ships in Japan next month at or around the ¥99,880 (about $1100) price point, it will include up to a Core i5-650 processor, 4GB of RAM, a digital TV tuner, Blu-ray drive, 1TB hard drive and loads of ports behind that 23-inch, 1920 x 1080 LCD screen, but a slide-out iPod classic / nano / touch dock that apparently can't accommodate the iPhone's portly frame. That's discrimination, right there -- or at least we'll keep on telling ourselves that, since we're all out of sour grapes.
In this article: all in one, all in one pc, all-in-one, all-in-one pc, All-in-onePc, AllInOne, AllInOnePc, Apple, Apple iPhone, Apple iPod, AppleIphone, AppleIpod, Core i5-650, CoreI5-650, dock, docking station, DockingStation, iPod, iPod classic, iPod dock, iPod nano, iPod touch, IpodClassic, IpodDock, IpodNano, IpodTouch, Onkyo
All products recommended by Engadget are selected by our editorial team, independent of our parent company. Some of our stories include affiliate links. If you buy something through one of these links, we may earn an affiliate commission.
Share
Tweet
Share