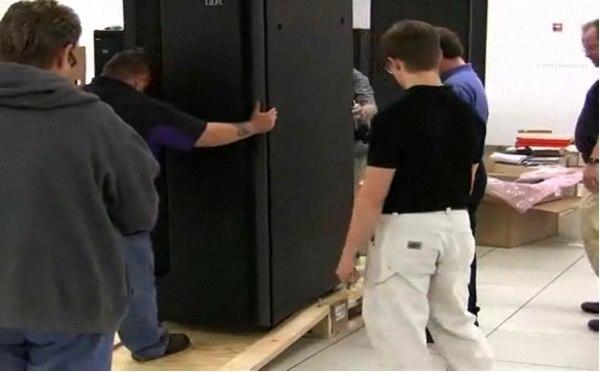 How often do you get to see an unboxing of this magnitude? Our buddy Bill at the NCSA (National Center for Supercomputing Applications at the University of Illinois) has been kind enough to hit us up with a video that shows the arrival and installation of the facility's new IBM 780 hardware at the National Petascale Computing Facility. This hardware will allow scientists to prep code in anticipation of the Blue Waters -- which, as previously reported, will be the largest publicly accessible supercomputer in the world when it goes online in 2011, thanks to its over 16,000 Power7 nodes. Video after the break.

In this article: 45nm, blue waters, BlueWaters, CPU, eDRAM, Hot Chips, HotChips, IBM, microprocessor, multithreading, ncsa, percs, Power7, powervm, processor, RISC, servers, simultaneous multithreading, SimultaneousMultithreading, SMT, university of illinois, UniversityOfIllinois, video
All products recommended by Engadget are selected by our editorial team, independent of our parent company. Some of our stories include affiliate links. If you buy something through one of these links, we may earn an affiliate commission.
Share
Tweet
Share