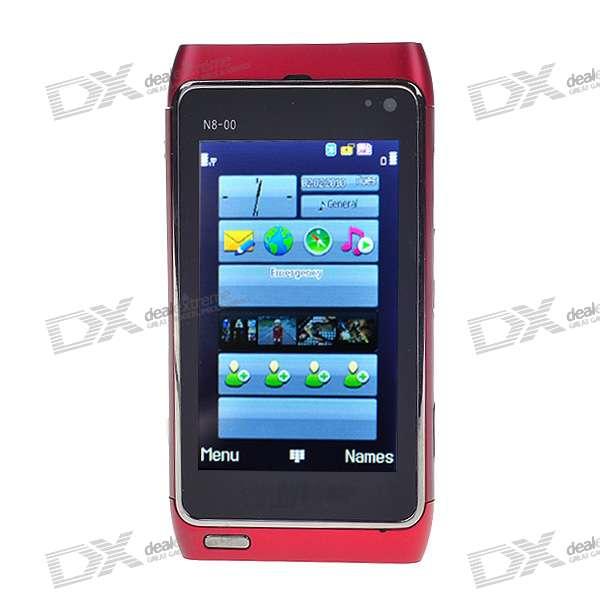 Well, it was bound to happen: a flagship device released as a KIRF (for the second time) well ahead of its official launch. Unfortunately, that's what happens when you delay a product that already leaked months in advance. The $99.20 "N8-00" might share its name and stylings with Nokia's imminent Symbian flagship but that's where the similarities end. This Chinese N8 packs a 3.3-inch touchscreen (resistive, no doubt), a quad-band GSM radio, pair of VGA cameras (ha!), 2GB of MicroSD blah blah blah... hey, let's be honest, the specs don't really matter do they? This "Nseries" device, like all KIRFs, will be sold to poseurs who want to look the part before quickly discarding it for the next trend. Picture of the backside after the break.

[Thanks, Arnout and everyone who sent this in]

In this article: china, java, kirf, n8, n8-00, n800, nokia, nseries, symbian, symbian3
All products recommended by Engadget are selected by our editorial team, independent of our parent company. Some of our stories include affiliate links. If you buy something through one of these links, we may earn an affiliate commission.
Share
Tweet
Share