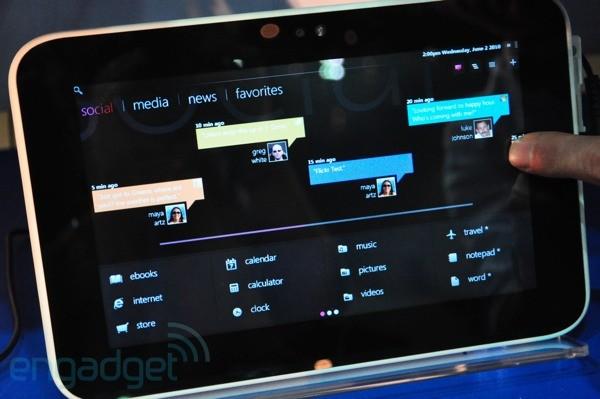 So, there may never be a Windows 7 Phone tablet, but that device above looks pretty darn close to what one may have looked like. In actuality that's just the tablet that Microsoft has been using at Computex to demo its new Windows Embedded Compact 7 supporting Silverlight for Windows Embedded, Flash 10.1, and multitouch within the browser. We caught a few minutes with the NVIDIA Tegra 2-powered, 8.9-inch slate and found ourselves drooling over the Zune / Windows Phone 7-like interface that had been built by Microsoft. But before we tell you to jump past the break to check out the short demo, we want to break the news to you that this UI was created just to show off the capabilities of the new CE platform -- there's no plan to bring it to market as is on Microsoft's end at the moment. Instead manufacturers, like ASUS and others, have to do their own engineering with the preview release and then the RTM build that will come later this year. But we certainly wouldn't object to one of those companies creating something similar to what you are about to witness in the gallery and video below. 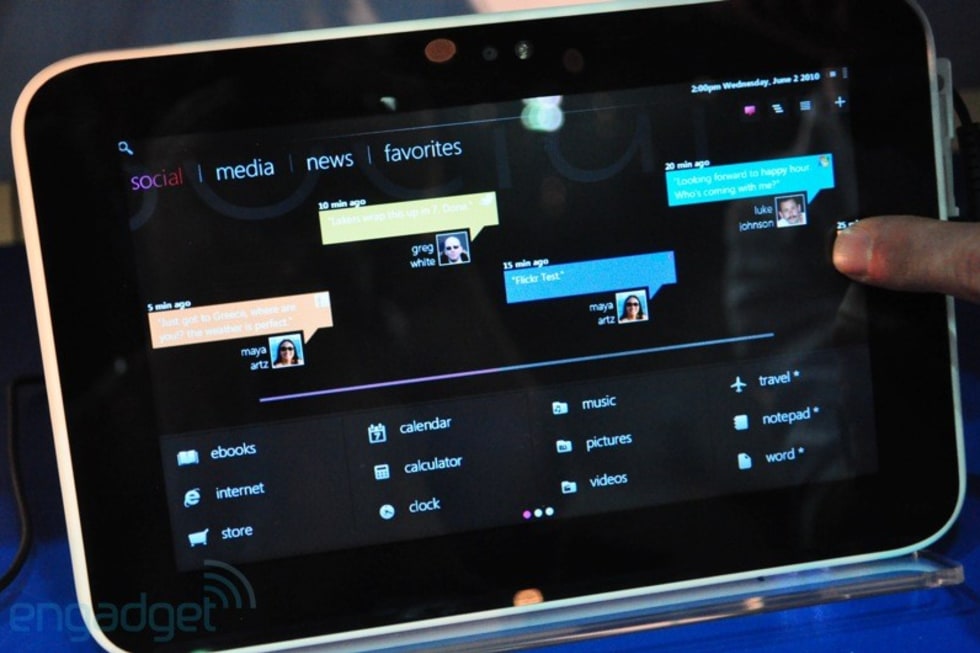