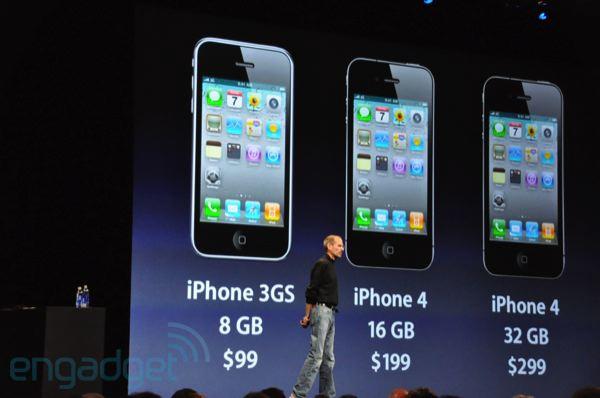 We've already seen the iPhone 3GS drop to under a $100 at Walmart, and Apple has now expectedly made that the official price point following the announcement of the iPhone 4. What's more, the 3GS will now only be available in an 8GB version (it's still not clear if both colors will be available or not), and that naturally also means that the iPhone 3G is now officially discontinued. Of course, there's also still quite a few of the current iPhone 3GS models floating around out there, and AT&T will be doing its best to clear those out -- you can now grab a 16GB 3GS for $149, and a 32GB 3GS for $199 on a two-year plan "while supplies last."
In this article: apple, iphone, iphone 3g, iphone 3gs, iphone 4, Iphone3g, Iphone3gs, Iphone4, wwdc, wwdc 10, wwdc 2010, Wwdc10, Wwdc2010
All products recommended by Engadget are selected by our editorial team, independent of our parent company. Some of our stories include affiliate links. If you buy something through one of these links, we may earn an affiliate commission.
Share
Tweet
Share