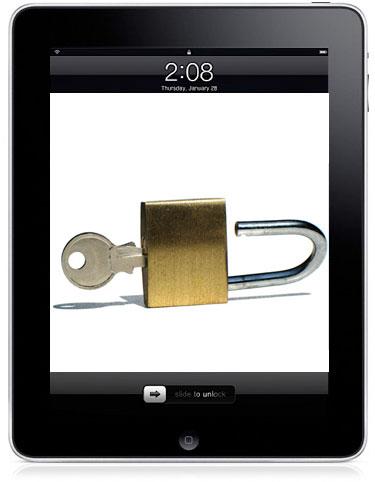 Uh oh. According to Valleywag, an AT&T security breach led to the exposure of 114,000 email addresses (and associated SIM / ICC identifiers) belonging to Apple iPad owners. A group of hackers calling themselves Goatse Security (be careful looking that one up) figured out a number of ICC-IDs and ran a script on AT&T's site through a faked iPad UserAgent, which would then return the associated addresses. Some of those affected were actually quite big names, including the CEOs of The New York Times and Time Inc., some higher-ups at Google and Microsoft, and even a number of employees from NASA, FAA, FCC, and the US military.

For its part, AT&T tells AllThingsD that it was informed of the issue on Monday, that only the addresses and associated ICC-IDs were revealed, and that by Tuesday the "feature" that allowed addresses to be seen had been turned off. And as Security Watch's Larry Seltzer cautions in a statement to PC Mag, the impact of this breach -- just email addresses -- is probably somewhat exaggerated. Still, regardless of the magnitude, this can't be making AT&T's day at all bright, and you best believe a number of folks in Cupertino have fire in their eyes over this bad press.

[Thanks to everyone who sent this in]
In this article: apple, apple ipad, AppleIpad, at and t, at t, AtAndT, AtT, breach, breaches, email, email address, EmailAddress, government, hack, hacks, icc, icc id, icc-id, IccId, ipad, leak, leaks, military, security, security breach, SecurityBreach, sim
All products recommended by Engadget are selected by our editorial team, independent of our parent company. Some of our stories include affiliate links. If you buy something through one of these links, we may earn an affiliate commission.
Share
Tweet
Share